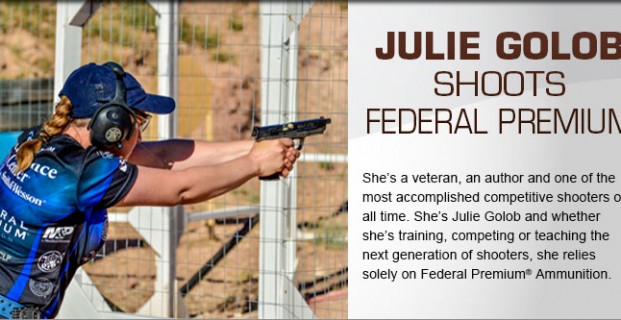 Julie Golob, Brand Ambassador, Federal Premium Ammunition, has won more than 120 championship titles in seven different action-shooting disciplines, making her one of the most accomplished professional shooters in the world.

The mother of two most recently returned to the International Practical Shooting Confederation’s World Handgun Championships. This competition marked her fifth World Shoot. Golob was the top American finisher in the ladies production pistol division, despite the fact she took a significant amount of time off from training and competing to be with her six and 18-month old daughters. Golob placed third and also helped Team USA take home a bronze medal.